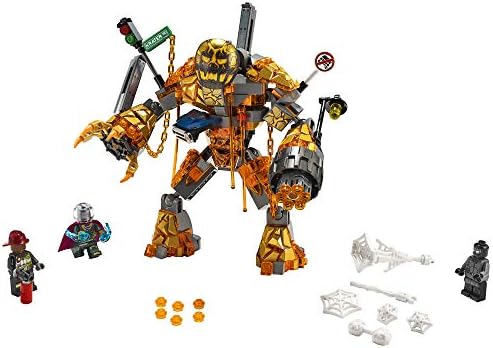 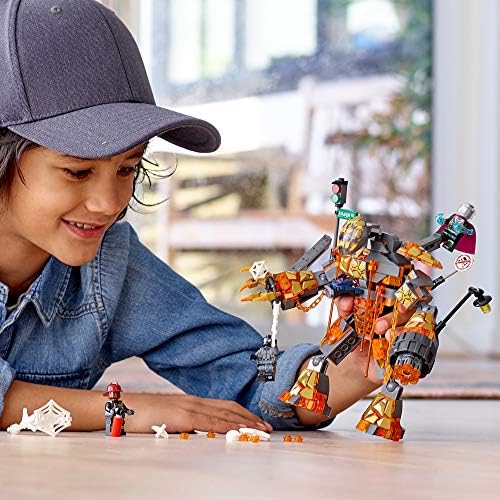 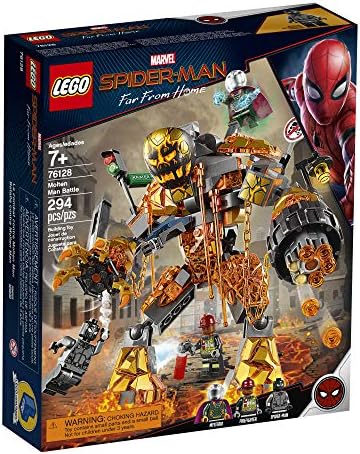 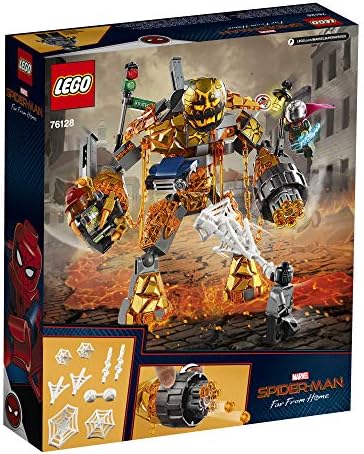 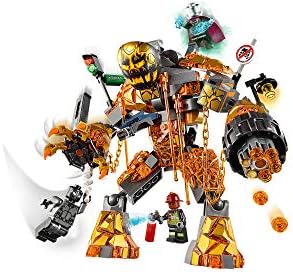 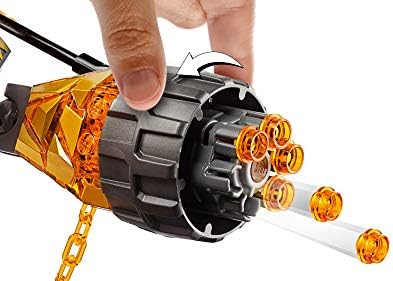 Build Molten Man, featuring a gripping claw, 6-stud rapid shooter and buildable ‘melting’ objects including half a car and a traffic light, then enter the heat of battle with Spider-Man and Mysterio!
This Spider-Man playset includes 3 Disney Marvel minifigures: a Spider-Man superhero figure with a web pack, Mysterio with energy power elements, and a firefighter with a buildable fire extinguisher
Molten Man buildable figure stands over 7-inch (18cm) tall
Recreate exciting action from the Spider-Man: Far From Home movie with this fun creative toy building set
294 pieces – Spider-Man toy construction set for boys and girls aged 7+ and for fans and kids of all ages This LEGO Marvel Spider-Man: Molten Man Battle 76128 superhero buildable toy playset can be built together with all other original LEGO sets and LEGO bricks for imaginative play