Added to wishlistRemoved from wishlist 0
Add to compare
$19.98 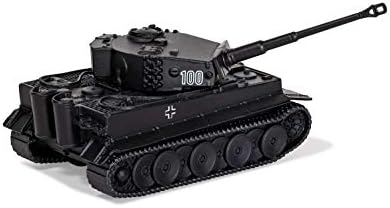 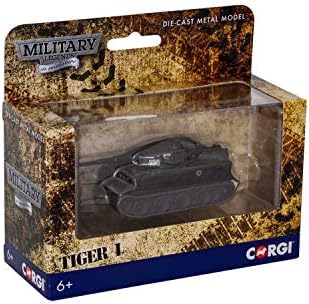 Arguably the most famous tank in the history of warfare, the mighty German Tiger was a fearsome weapon, capable of destroying most Allied tanks at ranges far in excess of those where they could effectively return fire. Utilizing the powerful 88mm tank gun and exceptional sighting optics, the Tiger took a heavy toll of Allied armor following its combat introduction on the Eastern Front in 1942, but these beasts were over-engineered and expensive to produce, resulting in only 1,347 tanks eventually being produced. Despite these relatively small numbers seeing combat, the Tiger tank created a battlefield legacy which endures to this day.

From the airfield support vehicles essential in keeping airmen and aircraft flying on operations, to the general transport vehicles that carried troops and supplies to and from the battlefield, The range, Military Legends in Miniature, includes military vehicles that have since been deemed iconic.
Comprising of a range of the most famous tanks and support vehicles that went to war, the miniature range offers extensively researched tanks decorated with as much detail the Fit the Box Scale allows for including rolling wheels and tracks.
Good things come in small packages and couldn’t be truer of the Military Legends in Miniature range. Each model in this range is made of the highest quality material and measures on average of 3.5″ (or 95mm) long which varies slightly from vehicle to vehicle.
This model is the perfect size as a desk or shelf ornament. Makes a perfect gift for any person interested in World War II or military history!